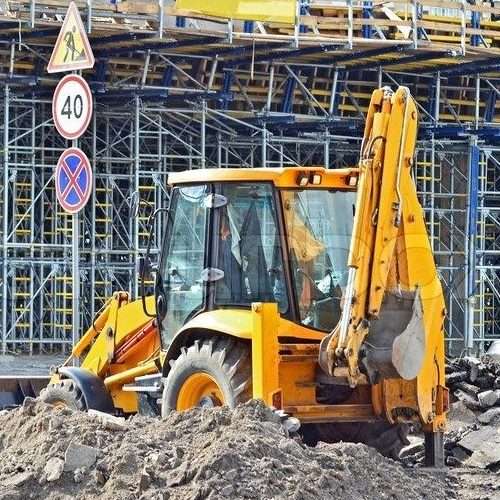 When he ran Mutual Gain in 1990 as a cost consultant for banks, Mike Bowering often spoke in front of the Ontario Home Builders’ Association, where attendees wanted to hear about lumber and other construction costs.

“But I’d get up there and say the most important thing you ever buy is the land, and you can’t overpay for it because if you do there’s no going back,” Bowering, now president of Mutual Developments, told CREW.

Mutual Developments is a builder, developer and consultant, often managing projects for other developers. In any case, says Bowering, the very first thing that needs to be done is determining the viability of the land parcel.

“The real problem is we get hired after they’ve bought the land, and the first thing we do is find out what they can do on that property, in terms of what the city will allow, but also with regards to figuring out how contaminated the land is,” said Bowering.

Although working with city planners to gain a little more height is a crucial part of the process, so is ascertaining the quality of soil and how high the water table is. Typically, the buyer has a 30-90 day window before closing to do their due diligence. A drill team and environmental firm, the latter of which engages in geotechnical work, then figures out if there’s water flowing through the site and how badly contaminated the soil is—all of Toronto’s soil is contaminated, says Bowering, but the question is by how much?

“The softer the soil, the more concrete you pour in, and if it’s mildly contaminated it gets taken away during excavation and dumped in a city site that can handle it, but if it’s very contaminated it has to be trucked to Sudbury, or somewhere as far flung, and that’s expensive.”

The cost per square foot that a developer should pay for land in the GTA varies from $60 in Scarborough to as much as $200 in downtown Toronto, and they should target at least 82% efficiency for a mid-rise building and 86% for a high-rise.

“You lose efficiency in the building’s corridors and hallways, and once you’re below 80%, it’s tough to make money because you put more into the building than you get back,” said Bowering.

Nevertheless, securing an excellent parcel of land upon which to build low-, mid-, and high-rises isn’t enough to keep costs down. The Residential Construction Council of Ontario (RESCON) has, for years, been lobbying the government to speed up approval procedures for developments because the inability to do so has resulted in superfluous outlays, which consumers ultimately pay for.

“The development and building approvals process is so gummed up; there’s a serious lack of accountability and transparency, and it’s remained unexamined to this date,” Richard Lyall, president of RESCON, previously told CREW. “The Planning Act says site plan approvals are supposed to take one month, but site plan approvals take, on average, 18 months. Who pays for that delay? We need 10,000 more units a year than we’re building for housing, across all housing types. There’s already been a housing deficit because we haven’t been doing that for a number of years.”

Extra expenditures aside, builders sometimes still want to buy certain sites despite their problems, which at least presents an opportunity to renegotiate pricing with the seller.

Such imperfect sites, Bowering noted, can be found along Davenport Rd. in Toronto, which follows a river valley. He added that he’d once been involved with a development there that cost about $60 a square foot to de-water and stabilize.

“There were two storeys of the underground parking that didn’t stabilize until we got to the fourth floor; in other words, the building was floating,” he said. “But the guys that did the project did all the research. People who buy on Davenport pay through the nose, but they soon find out it’s because it’s difficult to build there, and that affects the price of what you buy.”

Nearly anything along Lake Ontario’s shoreline, even as far as Port Hope and Belleville, is heavily contaminated because that’s where the old industrial centres of town were located, and that’s one reason waterfront properties carry higher price tags. It isn’t always the lake views.

Developing along Lake Ontario in downtown Toronto involves plenty of de-watering and doing everything possible to ensure that water doesn’t breach any seals.

“You build a bathtub underground to be watertight, but if you ask anybody there’s no such thing as a watertight basement; water eventually finds its way in, so you need all these backup pumps,” said Bowering. “I know people think developers make a lot of money, but not compared to the risk.” 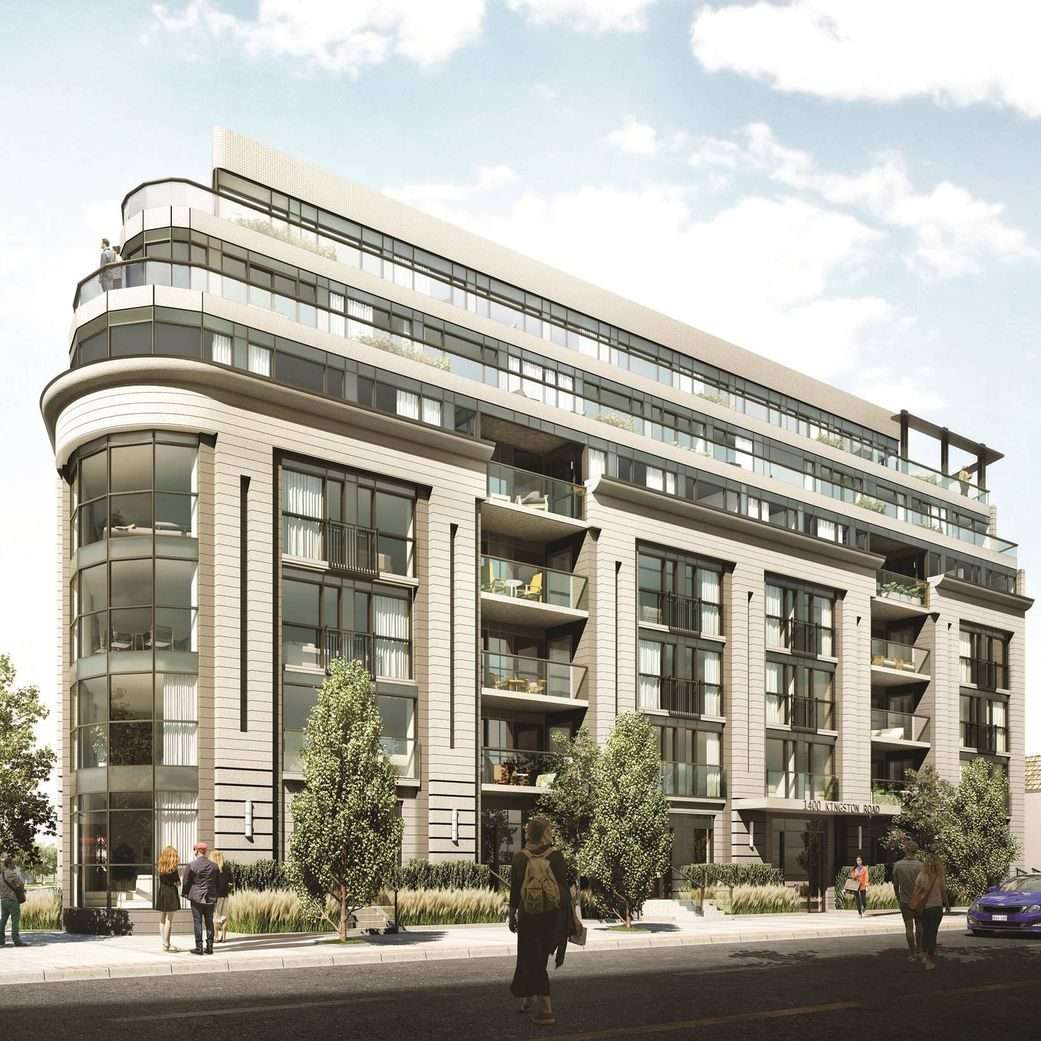 For the past 15 years, builder Mike Bowering had the luxury of sunny, south-facing exposures and unobstructed sightlines of the lake and a prestigious east-end golf club from his second-floor office.

But he’s happy to give it up for residents of a new mid-rise development his company, Mutual Development Corp., is co-building with Laurier Homes, directly across the street from the Toronto Hunt Club on Lake Ontario.

“We are a boutique condominium, so we’re smaller and more intimate, and we overlook the third fairway of the Hunt Club,” Mr. Bowering says. “It’s really about the only project that overlooks the golf course and the lake.”

As a result, roughly half of the 41 units have sold out in the six-storey community at 1400 Kingston Rd., at Cornell Avenue, just west of Warden Avenue.

“The corner building was the original Honda motorcycle dealership in Canada, and it had a curved window on it … so what we’ve done is we’ve rounded out that section of the building to respect that heritage aspect of it,” Mr. Bowering notes.

“So those suites there will be gorgeous with big, sweeping, round windows facing the golf course, lake and downtown.”

Vistas will also be optimal from private balconies and terraces surrounding the glass, precast and steel building, as well as a shared rooftop party room and wraparound terrace with barbecue, dining and lounging areas.

“It’s up on the seventh floor, so that’s really going to overlook the lake and be a nice place to have a glass of wine and chill out,” Mr. Bowering adds.

Outdoor space will even be accessible from the fitness facility and guest room. “One of the really unique things we have in the building is a guest suite … which not a lot of condos do, especially at our size,” Mr. Bowering says.

For additional attractions without the cost of maintaining them, the site is close to social and sporting facilities at the Toronto Hunt Club and two major parks, beaches and marinas.

“It’s a really neat and different type of neighbourhood,” Mr. Bowering says. “There are five or six projects in the area that are getting developed at some point, some are already under construction. So the area is going to change, but it’s a needed change.”

Plans range from one to two bedroom plus dens with open principal rooms and European-style kitchens with stone counters and stainless steel appliances.

Suites up to the fourth floor will include plank laminate and choice of imported ceramic or porcelain tile floors. Penthouses will be enhanced with extras, such as nine-foot ceilings and engineered hardwood floors. 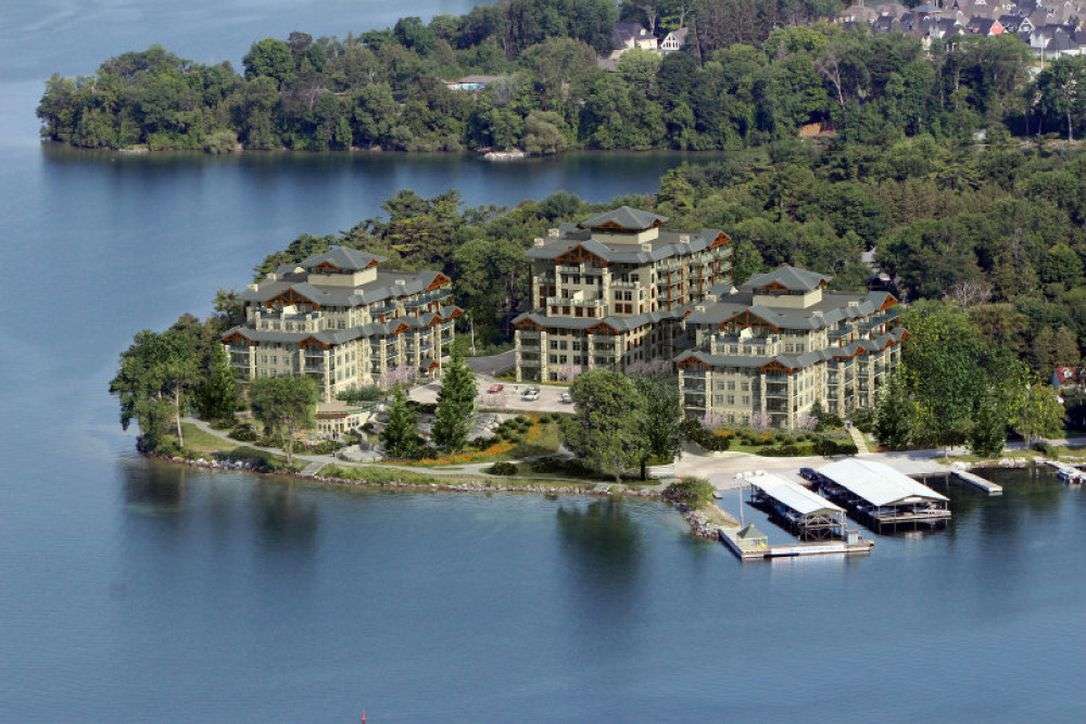 Built on a spit of land at the Narrows between Lake Simcoe and Lake Couchiching, the waterfront condominiums at Orchard Point Harbour are all about location.

Orchard Point is a five-minute drive from Casino Rama and close to all the shopping in Orillia, but the site is quiet and secluded away from the hustle and bustle of the city.

“It’s all about the property, it’s very private and it also has 1,500 feet of beautiful shoreline and amazing views,” says Mike Bowering, president of the Mutual Development Corp., the company developing the site.

Bowering wanted to ensure that the three buildings that will make up Orchard Point have Muskoka-inspired architecture, with accents of stone and timber to fit in with the landscape of the point — a cottage feel within a condominium building — so he brought in architect Rod Rowbotham, president of onespace unlimited.

The first building, which is under construction with occupancies scheduled for spring 2011, is designed so that “every suite gets direct sunlight while maximizing views to Lake Simcoe,” says Rowbotham.

The project is appealing to “empty nesters,” says Bowering, “They want a maintenance-free lifestyle, a home they can walk away from and know it’s secure if they want to head south for the winter.”

Orchard Point will offer seasonal boat slips for lease, so boating enthusiasts will be able to travel on the Trent-Severn waterway and sail on Georgian Bay and Lake Simcoe.